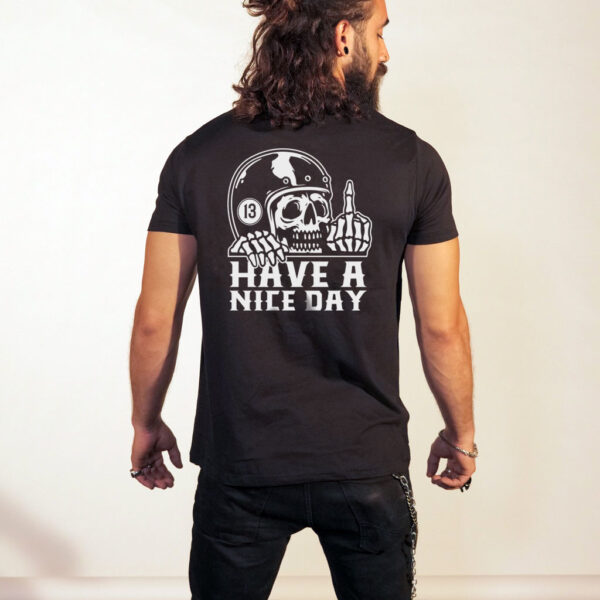 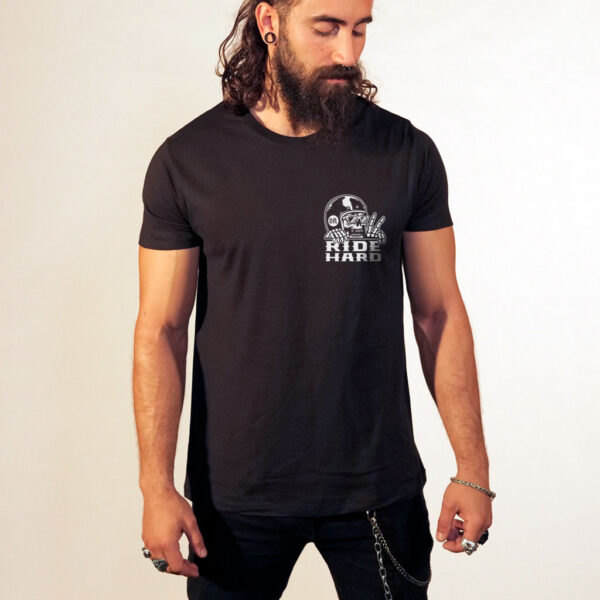 Death Rider “Ride Hard” T-shirt is a piece that will make you stand out in the crowd! Stylish yet comfortable, it’s made of 100% organic cotton. The illustration, different on both sides, is irreverent but holds an unexpected history behind it.

Are you passionate about motorcycles and want to reflect this in your outfits? Then the Death Rider “Ride Hard” T-shirt is the right piece for you to have in your wardrobe. It’s perfect to wear during your motorcycle rides and it will surely make you stand out in the crowd.

The logo on the Death Rider “Ride Hard” T-shirt is inspired by a historical event during the Hundred Years’ War, fought between the British and the French. Back then, the British army had very skilled archers and the French decided to cut off two fingers to every English they made prisoner. The index and middle fingers are, in fact, the fingers used to bow the arch.

By cutting them off, the French army thought they could easily prevail over its opponents, securing victory. Thus the custom of the British to greet the French soldiers by showing their two fingers in a V sign in order to mock them.

The logo on the front of the shirt shows a skull with the index and the middle fingers raised, like the irreverent gesture invented by the British. And if the historical reference isn’t explicit enough, the back of the T-shirt has the same skull raising its middle finger instead.

Barry Sheene and the V-finger gesture

Barry Sheene was one of the most celebrated British pilots who won the World Champion title twice. One of the episodes he is remembered for is the infamous moment in which Sheene showed the two fingers raised in the symbol of victory to Kenny Roberts. The incident took place during their epic duel at Silverstone in 1979.

There was, in fact, a very heated rivalry between the two. Furthermore, Sheene did not stand a chance to win the title that year, so beating Roberts was his only motivation. The Death Rider “Ride Hard” T-shirt will allow you to have that famous moment – that motorcycling enthusiasts still remembered today – printed on on your own tee.

Over the years, the two fingers gesture turned into a symbol of victory. We designed the Death Rider “Ride Hard” T-shirt specifically for those who face every day with a positive, winning mindset.

After learning about the story behind the “Ride Hard” T-shirt logo, let’s find out about materials and composition. This T-shirt is made of 100% organic cotton, soft to the touch and suitable for all types of skin, especially for those who hate the itchy feeling of poor-quality fabrics. It’s not the case for this T-Shirt, which has a superior quality. The “Ride Hard” T-shirt is made to last over time and will accompany you on many trips on your motorcycle.

The printing process guarantees this T-shirt a long life. The logo can resist to many washes, however it is good to take some precautions. To preserve the design over time, it is advisable to wash the “Ride Hard” T-shirt at a cold temperature and together with clothes of the same color. Furthermore, we recommend not to iron the area of the logo. 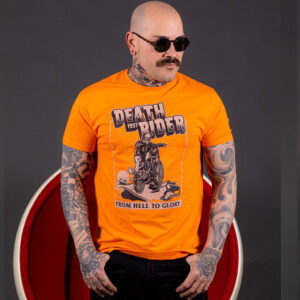 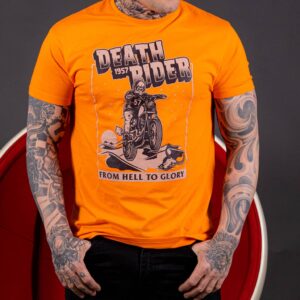 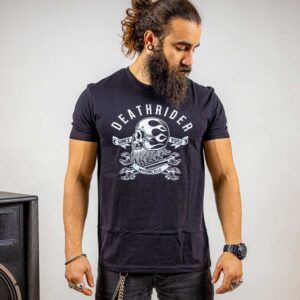 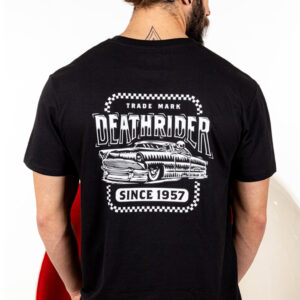 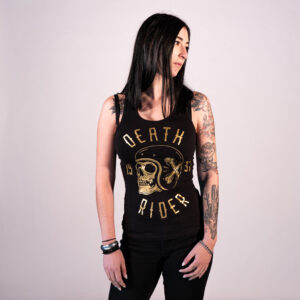 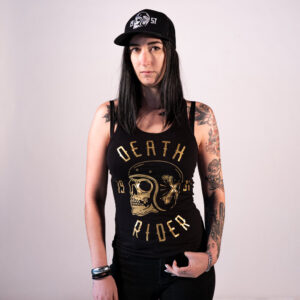 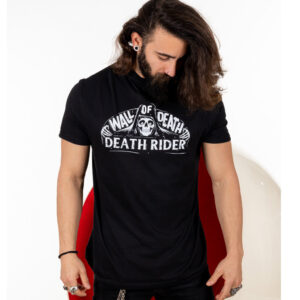 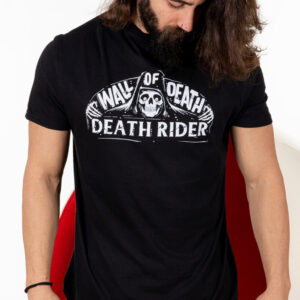 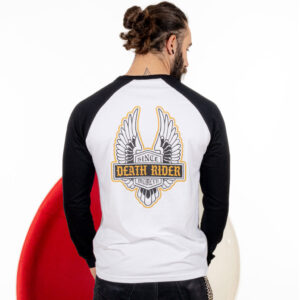 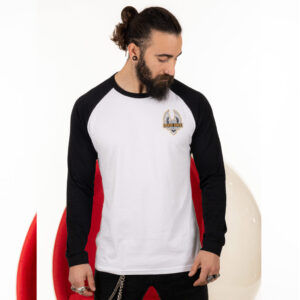